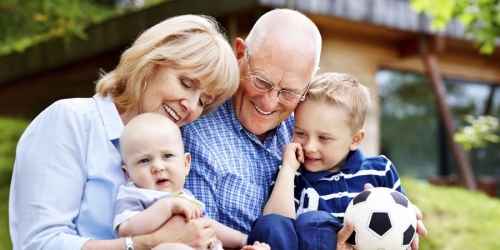 Many grandparetns don’t think twice about assuming the custody of grandchildren when the need arises, because family ties and familial love initially overcome practical considerations. However, forming a"grand-family" a household in which a grandparent, in the absence of parents raises grandchildren — has far-reaching effects on lifestyle, grandparent visitation rights, economic status, and often quality of life.

Getting Custody in Texas


Unless the child's parent(s) sign a power of attorney giving you the power to say where the child lives and to make decisions for the child, you must go to court to get custody over a grandchild. This means you have to file a lawsuit in a court asking the court to give you custody of the child.

To file an original lawsuit asking for custody:

Sometimes, someone else has already filed a lawsuit asking a court to say who the child should live with. To enter an existing lawsuit is "to intervene." A grandparent who wants to intervene in a lawsuit must:

Texas Kincare Taskforce is a part of the Legal Hotline for Texans program. We find services that help grandparents, aunts, uncles, and elder siblings who are raising minors (with neither parent being in the home) and then can refer you to sources of on-going assistance.

If You Are Raising a Grandchild - The National Family Caregiver Support Program provides support for the growing number of older people who care for children. This program can help grandparents or other relatives (55 and older) who are caring for a child 18 or younger. Call 1-800-252-9240 to learn more.

Below is a list of additional helpful resources, assistance and support services we have complied that we hope will be of help to you, or someone you know:

Anyone with children can tell you that raising them is a challenge. Grandparents have already met that challenge once with their own children. But now many grandparents are called upon to meet it again with the next generation.